Managing a Profitable High-Growth Business: Lessons From 25 Years in the Trenches at TransPerfect 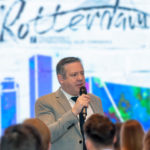 Something about TransPerfect that makes me especially proud is that there has not been a year since we began a quarter-century ago in which we have not earned a profit, or in which we have not grown. When I look back and examine all of the things our teams have done correctly—how we work together as a company—I want to make sure that our future is brighter than our past. And we’ve had a pretty bright past.

The success of any company—whatever industry they are in—depends upon the relationship between its employees, its clients, and the organization itself. At first, it would seem like these people have competing goals and competing interests. In reality, their success is very much intertwined. 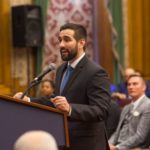 A University of Florida law graduate took home $65,000 in a competition Thursday.

The challenge that asked second- and third-year law students to defend Shawe and his right to hold shares in TransPerfect, the translation service he co-founded, after the Delaware Supreme Court decided to sell the company following infighting between Shawe and co-founder Elizabeth Etlilng.

One of three finalists who presented arguments to judges, including courtroom personality Alan Dershowitz, Hermosa argued that the Delaware court’s decision was unconstitutional, as law requires a “public purpose” for government to seize property — or in this case, a company.

How To Mentor A Remote Employee

Full or part-time remote work is growing trend. Gallup’s “2017 State of the American Workplace” report found that nearly four in 10 employees does some work from home.

Gallup’s research found remote workers overall to be slightly more engaged than their in-office counterparts. However, the report also indicated that those who spend more time working remotely rather than in the office may miss “important social and collaborative opportunities that are integral to engagement and well-being.”

But Jody Greenstone Miller, CEO of Business Talent Group, says that managing remote workers isn’t much different than managing other employees. By building relationships and mentoring workers, you can develop employees and keep them feeling very much a part of the team, she says. And while mentoring people who work elsewhere offers some challenges, it’s not much different than mentoring people you see regularly, she says.

Remote workers need to be on the same page as in-office workers in terms of expectations and policies, says Phil Shawe, cofounder and co-CEO of TransPerfect, a translation technology company. Lay out the rules on employee spending, vacation time, business trips, etc. for everyone, regardless of their location. “You don’t want to have a different set of standards for remote and non-remote workers,” he says. To understand how well you’re developing your employee, you need to know that you’re starting with a basic level of knowledge about the company and its policies.

22 Books to Help You Get Ahead in Business and Life

If you’re the kind of person perpetually on a mission to improve yourself, a good book can provide stellar inspiration and guidance. Here are top picks from nearly two dozen high-achieving executives. 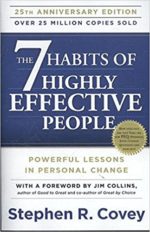 16. The 7 Habits of Highly Effective People by Stephen Covey

“A seminal moment in my career occurred after reading [this book]. It clearly puts in focus that what people tend to work on more are activities that don’t drive success. He graphs the urgency and importance of all activities on an XY axis to form quadrants, and stressed that the urgent stuff will always get done (as there’s an immediate negative repercussion otherwise). Covey teaches readers to focus their time on things that are high importance, low urgency, as these are the things that really matter. Once, I filled in this blank: ‘My company would be doing much better if I only had time to ________.’ Then I committed some time each day to those important, but not urgent, activities. My overall productivity as a manager and business owner soared.”

Inside the Life of a Digital Nomad

With today’s technology, it’s no surprise that many jobs can, in fact, be done outside of the office. The workplace is becoming increasingly digital, and increasing numbers of employees are opting to work from home, travel or create their own schedule. Enter the age of digital nomads.

“Having a job that allows you to be a digital nomad is the ultimate flexible work environment,” said Phil Shawe, co-CEO and co-founder of translation service provider TransPerfect. “With just a laptop, Wi-Fi connection and [a] phone, you’re armed with everything you need to do your job and be successful.” 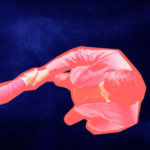 Forming a first impression of someone takes seconds, and that can feel impossible to nail when you’re in a job interview. Luckily, most hiring managers take more time to form their opinion. A study published in the Journal of Occupational and Organizational Psychology found that the first 15 minutes are when an impression is made during an interview, and that’s enough time to connect and sell yourself.

We spoke with hiring managers and found out what impresses them. Here are eight things to do to help you land the job.

Without looking at your resume, be able to tell the hiring manager a summary of your career path, says Phil Shawe, co-CEO of TransPerfect, a global content management and translation services company. Include factors that influenced your choice of schools, the jobs you took, the moves you made, and the life experiences that make you ready to start a new chapter with your interviewer’s company, he suggests.

“From my experience, if someone cannot give a coherent summary about themselves, then they will have a hard time being an ambassador of their department internally, and a difficult time achieving further success,” says Shawe.

Workplace Harassment: How to Recognize and Report It

Harassment in the workplace manifests in many forms. It can present itself online or in person, and be verbal, physical or sexual in nature.

Abusive behavior like this creates a toxic work environment, but many workers feel uncomfortable reporting harassment to their bosses or HR managers.

“One cannot establish a sizable successful company in today’s world while having a culture of bullying,” said Phil Shawe, co-CEO of translation technology company TransPerfect. “Not only is bullying or intimidation the wrong managerial style to permit for moral reasons, it also is a bad way to do business that cannot scale and, anything built on such a culture will eventually fail once it gets beyond a mom-and-pop size.” 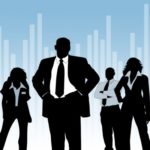 As a founder and co-CEO of TransPerfect, one of the most rewarding parts of my job is coaching the art of effective management. Often employees are promoted to a managerial position because they’ve performed well in their previous position; however, the skills that allow someone to succeed — to get promoted and to assume a leadership role — are not necessarily the same set of skills they will need to succeed in management. Therefore, coaching management, beyond being fun and rewarding, is absolutely essential to creating a corporate environment that achieves sustained, profitable growth. Through my past experiences, I have created a list of “4 Lessons I’ve Learned From Managing a Global Workforce,” which I have included below.

25 of the Most Inspiring Books Everyone Should Read

Whether you turn pages, tap a tablet, or listen to audio, a good book can be a perfect relaxation aid, tutor, or source of inspiration. Here are quotes from more than two dozen executives who name their favorite book and explain why it’s worth your attention. 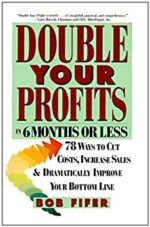 21. Double Your Profits in 6 Months or Less by Bob Fifer

“This book was the most impactful on my career. Other than a small section on technology (that I don’t fully agree with), the book is a blueprint for how an effective and efficient business should be run. Fifer’s teachings are ingrained in nearly all of TransPerfect’s business systems, and he has personally come and participated in training conferences with our senior management team.”

–Phil Shawe, co-CEO and founder of TransPerfect, a translation and content management company 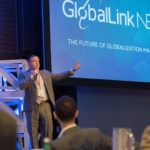 In Part 1, we discussed the most important aspect of being a successful manager: Taking a personal and vested interest in your team member’s success. You cannot fake this; and it must come across daily in both your words and your deeds. We are all human and, like in life, we will all make mistakes when it comes to management. There is no silver bullet, but taking this concept to heart, and adopting this philosophy will get you give the best shot at moving past any challenges and achieving greater and greater success in your career as a manager.

One of the most rewarding parts of my job is to coach the art of effective management. Often employees are promoted to be a manager because they’ve been good in their previous position. In other words, the skills that allowed someone to succeed—to get promoted and to assume a leadership role—are not typically the same set of skills they will need to succeed in management. This presents an interesting challenge for companies because their first-time managers—whose continued success is the lifeblood of the company’s future—are often not prepared for the new role they are assuming.